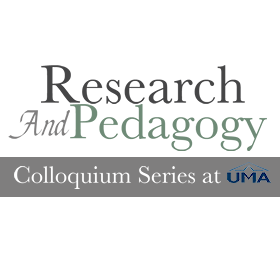 As part of its continuing commitment to intellectual community, the University of Maine at Augusta holds a regular Research and Pedagogy (RaP) colloquium series at which UMA faculty and staff present works in progress to their peers.  The series provides a forum for the presentation of creative work, theoretical considerations, research findings, innovations in teaching, and projects in community engagement.  Ensuing discussion promotes collaboration through the exchange of ideas and the development of relationships across colleges, programs, departments and disciplines.

The colloquium series takes place in during the noon hour in multiple locations on UMA’s multiple campuses.  The time reflects our commitment to inclusion, a traditional lunch hour for staff and the time between morning and afternoon classes for faculty and students.  When we meet, we discover that amidst the accumulated knowledge of the centuries, there are still new thoughts to be spoken out loud.

“Not in My Backyard!” — Human Trafficking in Maine 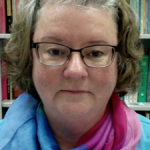 The Experience of Homelessness in Hawai’i 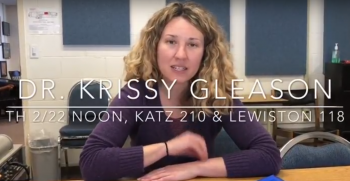 Krissy Gleason, Visiting Professor of Community Psychology
February 22, 2018 at Noon in Katz 210 on the UMA Augusta campus & Lewiston 118 on the UMA Bangor campus 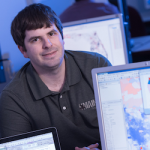 The various states in the United States have a diverse set of constraints that are expected to be enforced within them for redistricting plans to be deemed acceptable, in the past two redistricting cycles, numerous court cases have been tried to question whether or not the states have followed these rules faithfully. This work focuses on a different approach to redistricting: graph-partitioning. This approach works on graph-level metrics rather than geometric-level measurements to provide an alternative view of redistricting decisions in a highly efficient and customizable manner. This presentation will highlight some of the recent questions that our research team has studied, including:

Come to this presentation to see how math and computer science are as integral to politics as the people who debate on stages and eventually make decisions on our behalf.

Worming Around with Cognitive Enhancers (and Human Aging Implications) 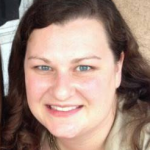 Cognitive enhancing chemicals, such as psychotropic medications or herbal supplements, are often taken to treat an array of mood and perception disorders and have been used in children, adolescents, middle-aged adults, and the elder population. Many of these drugs or supplements are chronically administered for the remainder of one’s life, despite a lack of evidence concerning cognitive drugs and impact on lifespan. Some level of cognitive decline is to be expected during the natural aging process, however there is controversy regarding what differentiates dementia from normal age related decline. The work being conducted at UMA is multifaceted and uses the genetically analogous roundworm model C. elegans to assess the lifelong impact of chronic or sporadic use of selected cognitive enhancing drugs and supplements. Normal populations and neurological disease strains are used to model the human aging process and drug usage.

An Objective Mathematical Approach to the Identification of Potential Gerrymanders

For the past two centuries, the decennial redistricting process has produced a litany of puzzle-esque shapes that cobble together the United States House of Representatives, 1/2 of the decision making body of our republic. Over the centuries, interested parties have engaged in efforts to purposefully create these pieces in such a manner as to create advantages (or disadvantages) for candidates, parties, and/or other interests. This process has been coined gerrymandering. At the judicial level, many cases are heard every ten years that challenge the efficacy of these human-drawn lines and human-executed procedures. Many wildly shaped districts have survived in areas where the physical and political geography play no role in the decision. In this work, we develop mathematical approaches to provide objective tools to aide in court decisions about this matter, ranging from statistical modeling to discrete mathematics to spatial information science. Specifically, we explore the following topics:

All Cannabis is Medicinal: Understanding the Body’s Endocannabinoid System and how ‘Marijuana’ Heals. 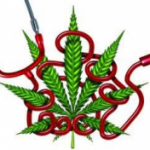 This presentation will focus on the use of cannabis as a healing herbal medicine. Dr. Carey S. Clark, Associate Professor of Nursing and President Elect of the American Cannabis Nurses Association, will explore the basics of the body’s endocannabinoid system and how an endocannabinoid deficiency can lead to many diseases and illnesses as the body moves out of homeostasis. Dr. Clark will explore the roots of cannabis prohibition, the latest literature around cannabis as a healing tool for specific illnesses, and the methods patients can use for cannabis ingestion. 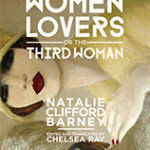 Chelsea Ray, Associate Professor of French and Comparative Literature
Monday, March 13 at Noon in the Katz studio (Katz 53) on the UMA Augusta campus

In this talk, Dr. Chelsea Ray discusses the recent publication of her translation of Natalie Clifford Barney’s Women Lovers or the Third Woman. This long-lost novel recounts of passionate triangle of love and loss among three of the most daring women of belle époque Paris. In this barely disguised roman à clef, the legendary American heiress, writer, and arts patron Natalie Clifford Barney, the dashing Italian baroness Mimi Franchette, and the beautiful French courtesan turned princess Liane de Pougy share erotic liaisons that break all taboos and end in devastation as one unexpectedly becomes the “third woman.” Never before published in English, and only recently published in French, this modernist experimental work has been brought to light by Chelsea Ray’s research and translation.

Biological adaptations triggered by survival mechanisms such as locating food and observing predators have a substantial impact on us, even in the modern day where our food is for the most part located at the grocery store and our predators are controlled for. These biological adaptations influence our acquisition of all kinds of sensed inputs, but most notably vision under the name pre-attentive attributes. In this RaP talk, we will journey into the world of the subliminal principles that guide how a student or a reader unknowingly and uncontrollably can be compelled to focus on precisely what we want them to pay attention to in our slides or manuscripts, mirroring our intended message with our conveying mechanisms. Whether a teacher, student, researcher, or public speaker, there will be something in this presentation for you. 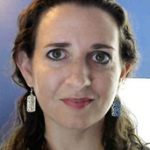 “Finally, a Song from Silence (poetry from when I was young) contains a selection of these writings, addressing topics like identity development, depression and suicide, love and heartbreak, and gender, sex, and sexuality…”

Come join us in the libraries to listen to Professor Kati Corlew read from her new book, Finally, A Song From Silence: (poetry from when I was young). She will also be signing/selling copies.

Cosponsored by WICCD (Women Invigorating the Curriculum and Celebrating Diversity) 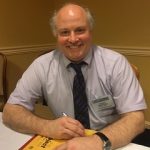 Jim Melcher, Professor of Political Science, University of Maine at Farmington
Monday, September 26 at Noon in Katz Library on the UMA Augusta campus
Interactive simulcast to Eastport 105 on the UMA Bangor campus

In the spirit of Constitution Week, Professor Melcher will discuss salient cases from the 2015-2016 term of the Supreme Court, examine potentially impactful cases for the 2016-2017 term, consider developments in the relationship between the President and Senate in the Supreme Court confirmation process, and field questions from the audience.

Cases from 2015-2016 that Professor Melcher will preview: 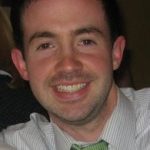 Interactive simulcast to Katz Library on the UMA Augusta campus

This presentation is aimed at people interested in exploring methods to improve student participation/engagement during online discussions.  The presentation will introduce participants to a collaborative discussion strategy useful to online or face-to-face teaching.  Also, attendees will be encouraged to conceptualize and then discuss best practices related to facilitating, deepening, and expanding online student discussions.

Alligators in the Parlor: Visual Technologies, Circulation, and Disruption 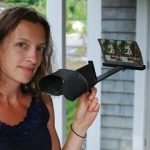 In an age when consumption of digital media technologies pervades our life experiences, we can gain new insight by examining a media technology from the past. This presentation explores the phenomenon of stereoscopes in the Victorian parlor. Stereoscopes offered middle-class Americans new, imagistic perspectives of the world, and initiated a national discourse on the virtue and detriment of consuming visual media. Attendees will have the opportunity to use a stereoscope and reflect on connections across historical moments.

Cross-border Parental Abduction and The Problem of Domestic Violence

Why would anyone choose to kidnap their own child and cross international borders? Although it is commonly assumed that parental abductions are mainly carried out by vindictive parents intent on using their children as pawns to do psychological harm to the “left-behind” parent, this is often not the case. Domestic violence, and the fear of it, often drives mothers over the border with their young children. Yet, all abducting parents are treated as international criminals. How is justice best served when domestic violence is an issue in an abduction case?