»We live, indisputably, in a science fiction world«.

I got the idea for the topic of this talk a few months ago when, while randomly flipping through channels, my attention was caught by the familiar phantasmagoria of flickering trajectories of brain-computer interfacing and pulsing images of neurons firing to computer-generated data. What initially looked like a yet unseen documentary on the 1980s cyberpunk movement, was, in fact, a film version of Ray Kurzweil’s 2005 best-selling The Singularity Is Near: When Humans Transcend Technology. The resemblance between Kurzweil’s vision of the future and the worlds of literary cyberpunk, especially those envisioned in William Gibson’s Sprawl trilogy, seemed uncanny.

The thing is, Kurzweil’s predictions for the future fundamentally rely on the actual developments and developmental trends in 1990s and 2000s technology and science. Kurzweil is, after all, an award-winning inventor, mathematician, and one of the leading experts on computer and artificial intelligence. William Gibson, on the other hand, is a full-time sci-fi writer with a BA in English, who provided the blueprint for what were to become the trademarks of the 1980s cyberpunk writing: computers, computerized environments and artificial intelligence. But while fuelling digital fantasies of thousands of computer geeks, Gibson wrote most of his Sprawl trilogy on a typewriter and consciously avoided using the internet well into the 1990s.

In my talk I will focus on two things.  First I will present the extent to which Kurzweil’s informed and well-founded projections coincide with the invented concepts and motifs in Gibson’s 1980s Sprawl trilogy. I will then consider the correspondence from the perspective of the hitherto established mechanisms governing the functioning and the structure of the postmodern epoch. Relying primarily on the concepts and terminology developed by Jean Baudrillard I will show that the high degree of correspondence is far from uncanny; it is practically inevitable given the popularity of Gibson’s trilogy. The explanation will also make clear why the criticism and controversies surrounding the accuracy and feasibility of Kurzweil’s predictions are ultimately irrelevant to the topic at hand.

We Can Get There From Here: Designing Online Interaction

In this active hour, Matthews and Kitchin focus on designing web-friendly online courses to boost our marketing appeal and simultaneously engage students. Three interaction patterns using technologies available within our system (Blackboard and Google Apps) are identified. The structure includes a hands-on component where faculty can follow along on their own laptops or computers (tablets not recommended) to perform a few basic design patterns that are personally relevant to them.

Women and Fitness in American Culture

Dr. Hentges will share some of her critical and creative explorations of American fitness, focused on making connections between fitness and gender, specifically in regard to the cultural depictions of fitness for women.

Why Americans are Not Bilingual

The United States of America is still being referred to as a nation of second-language illiterates, as linguistically malnourished, as in essence a monolingual nation.  Approximately 82% of Americans are monolingual and only 9% of Americans who speak a second language are highly proficient.  In comparison, 50% of Europeans speak a second language fluently.  Why, despite several educational reforms in an era of globalization, is second-language instruction not a priority as it is in other nations around the world?  This presentation seeks an answer with a review of research regarding native English speakers and their exposure to second-language instruction.

The State of Academic Integrity at UMA

Academic honesty in higher education is of the utmost importance. During February 12th’s RaP session, discussion will focus on UMA’s Academic Integrity Code and procedures the responsibilities of faculty members, students, and the Office of the Dean of Students; and how to make a complaint.

Poetry, the Iraq War, and the Legacy of Trauma

On Tuesday, February 11th, Jeff Sychterz, an Assistant Professor of English at UMA Bangor, will present his most recent research on Iraq War Poetry. Since 2003, America has experienced a poetic output not seen since the Vietnam War, and much of this poetry has been written in response to the wars in Iraq and Afghanistan. While most of the war poems are strictly political in nature, both pro- and anti-war, in the recent years there has been a rapidly growing cadre of poets writing about their wartime experiences. This group includes Iraqi expatriates, American combat veterans, and the mothers, sisters and wives of these soldiers. This historically diverse group provides us with important insights that had been ignored in previous wars. In particular, this most recent war poetry forces us, as never before, to confront the legacy of trauma and its effects not only upon the war zone survivor, but also upon those that he (and she) comes home to. Dr. Sychterz will share some of these poems and will discuss how poetry both represents and is itself shaped by the trauma of war.

In the 19th century, Western artists, writers, scholars and (eventually) tourists rediscovered what they called the Orient — Ottoman Turkey, Egypt, North Africa and the Holy Land. It was an opportunity to explore a region characterized by very different cultures, religion and history. Artists played a major role in defining Western attitudes toward the Middle East, and our current complex relationship with the region makes historical background seem especially relevant.

As computer technology developed in the 20th century a series of discoveries, spread across the fields of physics, logic, and philosophy, made by computer science pioneers both famous and unknown, became the foundations of the digital technology revolution. These ideas are both easy to explain and generally unknown. It is my opinion that adult who regularly uses computer technology would find an appreciation of these ideas both interesting and beneficial.

Women’s, Gender, and Sexuality Studies: What’s in a Name?

Faculty: Women’s studies recently changed its name and mission to Women’s, Gender, and Sexuality Studies. Why the change? What does this new name mean for WGS teachers, students, and minors? What kinds of classes will be offered as a part of this new program? What is WGS and what is its importance in our educations and in our lives?

“She Blinded Me with Science! The Case for Information Literacy in Our Classrooms”

Information Literacy is a pillar of critical thought. While the phrase “critical thinking” currently has substantial buzz across the academy, many educators continue to struggle with ways to both distill and instill this perspective in an information-age of passive reception. Given the ubiquitous nature of multimedia for so-called digital natives, it is increasingly cleat that many of the essential skills for success in both our physical and on-line classrooms have converged. Like all literacies, information literacy is a set of skills and perceptual frames that can be identified, demonstrated and applied. Drawing from the trials and errors of teaching online, this talk will provide a set of practical, accessible and even entertaining approaches for integrating critical thinking tools into our diverse learning environments.

Students: What kinds of opportunities have you had for civic engagement in and out of the classroom?

Faculty: How do you approach your online or compressed video or ITV courses? What have you done in the classroom that you think really works? What are some of the challenges you face teaching online or through other distance technologies? How do you organize your courses? What kinds of assignments do students do? Bring examples to share with colleagues!

Students: What challenges do you face in online or compressed video or ITV classes? What could your professors do better? How can professors, or UMA more generally, support your learning through distance technologies?

“Showtime! Using Drama, Speech, and Debate in the Workplace”

We know that technology is an ever-changing force in our lives, as teachers, and as students. However, despite technology’s allure, there are other powerful forces in our lives. Showtime!, by paying attention to what we already know and have, presents practical strategies for recharging the amazing forces that are within us all. We all hold immense power. We can sculpt others’ opinions, focus their thinking, call forth positive emotional connections with ideas, and provide rock-solid factual foundations for all of these. So — Welcome to Showtime! In a brief hour, we hope to re-awaken those personal communication skills we need for success in our ever-changing world. 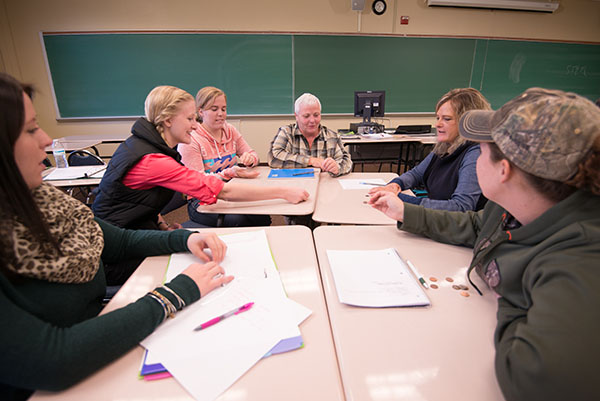