Charles S. Grunder earned an Ed.D in Foundations of Education from Rutgers University and an M.A. in Psychology from Catholic University. He has done post-doctoral work at the Center for Personal and Career Development at the University of Virginia, where he earned an Ed.S in Counselor Education, and at the Multimodal Therapy Institute in Princeton, New Jersey. He is a Professor of Psychology, based at the University Center at Rockland.

Prior to coming to Maine, he was an Associate Professor of Psychology and Education, and Department Chair, at Shenandoah University and Conservatory of Music in Winchester, Virginia. He has presented at various state and regional conferences and has coauthored two books and a pamphlet on the Civil War in Virginia.

He is a Licensed Clinical Professional Counselor in Maine and for ten years consulted with a social service agency in Bangor. Most recently he has focused on developing online and hybrid versions of courses offered primarily through the Social Science Program. 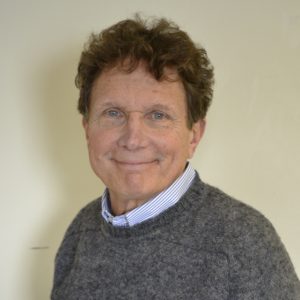