Student’s Choice Faculty of the Year for 2001, Professor Richmond is a registered architect and holds a Master of Arts in Architecture Degree from the University of Florida. He was the first and only architect at the time commissioned by NASA (National Aeronautics and Space Administration) in Houston, to design zero and “artificial” gravity living environments on space stations and planetary fly-by missions. His work and research for NASA continued at the University of Pennsylvania while working on a Ph.D. and studying conceptual architectural design in the World Masters Class of Louis Kahn.

He was an assistant professor of Architecture at North Dakota State University, and an instructor in architectural design at the University of Southern Maine and the Maine College of Art. He is now Professor of Architecture in the B. A. in Architecture program he helped create at the University of Maine, Augusta. Professionally he is a partner in SpaceTherapy®, a design analysis firm, and has completed work on his book Manipulating Spaces (What We Do To Them And What They Do To Us) now used as a text in the studio design course, and which was designed as a companion book to his interactive television course on design theory and creative awareness.

In addition to Professor Richmond’s academic pursuits, his artwork has won regional and national awards, and he has been published both here and abroad. Professor Richmond is the national competition winner for Maine’s Vietnam Veterans Memorial. He has given workshops on glass art design and construction through his studio, and by special invitation, conducted a workshop on glass art in Kobe, Japan. He is a 3-D photographer and gives 3-dimensional slide presentations on art and architecture throughout New England and internationally. 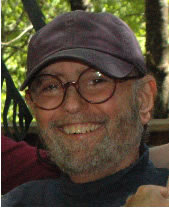