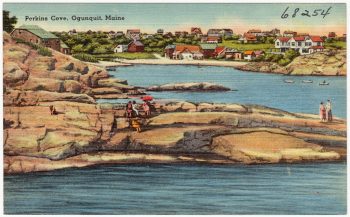 This project showcases the rich but overlooked history of Maine’s literature, art, and politics during the mid-twentieth century. Today, the state is known for its craggy seacoast, its cozy inlets filled with lobster boats, and, in the western and northern regions, its forests, mountains, and lakes. This vision of Maine was constructed in part by writers, artists, and other innovators who were active during the mid-twentieth century and who forwarded certain understandings of our region, sometimes at the expense of rendering others invisible. The bicentennial provides a unique opportunity to examine the state’s cultural history and to cultivate discussions about the people who gave rise to what we now know as “Maine.”

In 2019 UMA was awarded a $100,000.00 grant from the National Endowment for the Humanities to create a series of events that examined mid-century Maine culture. We were only able to complete one in-person event before COVID hit. Subsequently, the series was (for the most part) retooled into webinars that took place between 2020 and 2021; some of the recordings of these are available below. 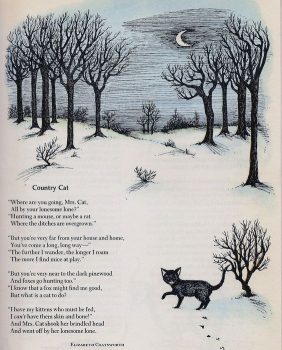 A recording of the panel can be found here. 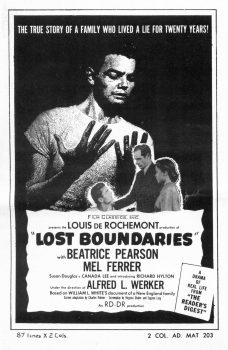 Representing Race in Mid-Century Maine Film: A Screening and Discussion of Lost Boundaries

Co-hosted with the Maine Historical Society

Following a screening of Lost Boundaries (1949, Alfred Werker, dir.) this discussion of the film was facilitated by USM Professor Dr. Ardis Cameron. The film is based on the William Lindsay White book of the same name and narrates the experiences of a black doctor who passes for white to work in a New England hospital. Based on the real story of a black family in early 20th century New England, Lost Boundaries was filmed in Kittery and York, Maine, as well as parts of New Hampshire. Historically, this film is part of the movement that spawned socially conscious films in Hollywood in the thirties and forties, but few such films directly addressed racism in New England. This film provides an opportunity to consider the larger context of racial politics in mid-century Maine and the significance of setting a story of racial passing in New England. A recording of the discussion only can be found here.

“One sun rose on us today”: Stories from Maine’s Long 20th Century

A conference co-hosted with the University of Southern Maine 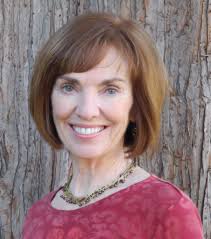 One sun rose on us today[…]

All of us as vital as the one light we move through,

the same light on blackboards with lessons for the day:

equations to solve, history to question, or atoms imagined,

Stories from Maine’s Long 20th Century consists of three panels – Wabanakiscapes, 20th-Century Maine Jewish Culture, and 20th-Century Queer Maine – concluding with a keynote talk by Monica Wood, award-winning author of When We Were the Kennedys, among many other works.

The conference explores some of the many peoples that have claimed Maine as their home, bringing together scholars from across the state to discuss aspects of Maine’s 20th century, which has received relatively little critical attention. We hope to jump-start discussions focused on the many peoples that have claimed Maine as their home, and, in the spirit of Richard Blanco’s poem “One Today,” identify and unify the diverse communities in Maine. If we can illuminate the lives of the individuals and communities in our state, we can articulate not only how we want to understand Maine’s past and present – but also how we want to shape our future. This program was made possible in part through the efforts of Lisa Walker, Associate Dean of the College of Arts, Humanities, and Social Sciences at USM and funding from the Maine Bicentennial Commission. 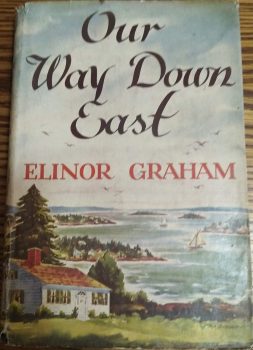 Co-hosted with the Freeport Historical Society

In 1934 Maryland native Elinor Graham moved with her husband to a saltwater farm in Freeport, Maine. They had met in the Provincetown theater scene, fallen in love, and married in Mexico, before embarking on their new adventure in rural life. Graham’s popular 1943 memoir Our Way Down East depicts the years that she and her husband attempted to homestead in Maine. This event features a conversation and slides about the mid-century Maine author with her daughter, Lani Graham, and Lisa Botshon, UMA Professor of English.

Here is a recording of the event.

Co-hosted with the Belgrade Historical Society

A discussion and slides by Lisa Walker, Associate Professor of English at the University of Southern Maine, who has conducted research on Arden’s spa, a mid-century Maine destination for socialites and movie stars.

Here is a recording of the event.

Co-hosted with the Colby College Museum of Art

This panel of Maine-based scholars and critics addresses a broad spectrum of Maine visual culture in the mid-century era.  Carl Little, Communications Director at Maine Community Foundation and author of twenty-five art books, provides a general perspective of the art scene of 1930s Maine, ranging from the advent of art schools in Ogunquit and Goose Rocks Beach, to the summer artist’s colony on Monhegan Island. Natasha Goldman, Research Associate in Art History at Bowdoin College, speaks about William Zorach’s sculpture in Bath, ME, Spirit of the Sea, in terms of other works of public art, including his submission to the 1949 New York commission for the city’s Holocaust memorial. Libby Bischof, Professor of History and Executive Director of the Osher Map Library and Smith Center for Cartographic Education at the University of Southern Maine, discusses the emergence and flowering of the Maine postcard in the mid-century era.

You can find a recording of the event here. 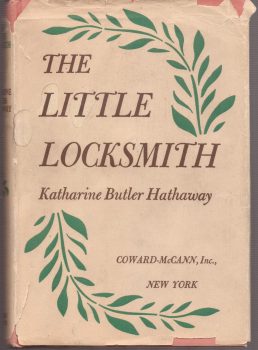 Co-hosted with the Castine Historical Society

The town of Castine inspired Hathaway’s 1943 work The Little Locksmith, a memoir about her disability and transformation once she bought a large historic Maine house into which she welcomed friends, family and lovers. This event includes talks and slides by Chris Austin, Hathaway’s great nephew, and scholar Abby Clouse-Radigan, who is writing a biography on the author.

You can find a recording of the program here. 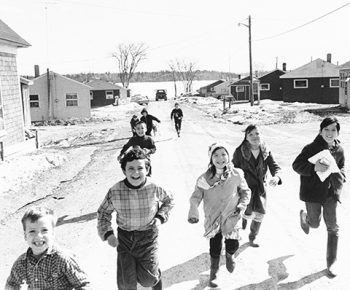 This panel explores some of the cultural and political issues that impacted Maine indigenous communities. This event features three speakers: Donna Loring, who has been a tribal representative of the Penobscot nation in the Maine state legislature, discusses material from her manuscript in progress on the history of the tribal-state relationship with a focus on the mid-century period. Donald Soctomah, a Passamaquoddy historian, focuses on the history of inequities faced by Maine Wabanakis. Bunny McBride, scholar and public historian of Maine indigenous culture, discusses her work on Penobscot elder Charles N. Shay, a 97-year-old World War II combat medic. The panel is moderated by UMA Professor of English Kay Retzlaff.

You can find a recording of the program here.

Maine's Mid-Century Moment has been made possible in part by a major grant from the National Endowment for the Humanities: Exploring the human endeavor.

Any views, findings, conclusions, or recommendations expressed in this program, do not necessarily represent those of the National Endowment for the Humanities.