Noel March is presently serving as both a member of the Justice Studies faculty and as Director of the Maine Community Policing Institute at the University of Maine at Augusta. He is most notably the former 39th United States Marshal for the District of Maine having been nominated by President Barack Obama in December 2009 and unanimously confirmed by the U.S. Senate in April 2010. He holds a Top Secret clearance and is a subject matter expert in the topics of community policing, hate crime prevention, strategic leadership and ethical decision-making having traveled internationally as a presenter and consultant on these topics. His work has been featured in Police Chief magazine, FBI National Academy Associates magazine, University Business magazine, Campus Law Enforcement Journal magazine and Law Enforcement Trainer magazine.

Noel is a certified police chief as well as a decorated and respected 35 year veteran of law enforcement in Connecticut and Maine where he has held the ranks of Patrol Officer, Drug Unit Supervisor, Chief Deputy Sheriff, Chief of Police and as a member of the 2002 Winter Olympics Police Force in Salt Lake City, Utah. 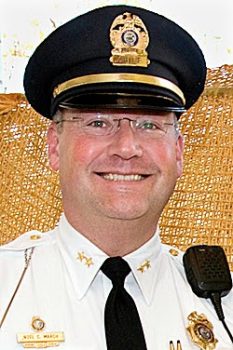