Dr. Sarah Hentges teaches a variety of classes including introductory courses in American studies, women and gender studies, and interdisciplinary studies. She also teaches many upper-level courses including courses about Girls on Fire, Hip Hop America, American Fitness, cultural criticism and theory, and intersections of race, class, gender, and sexuality. Sarah is the coordinator of Interdisciplinary studies, a self-designed major at UMA, and advises students who bring together a variety of disciplinary and interdisciplinary courses to create a major that speaks to students’ educational and career interests. She also teaches the capstone and internship courses for the INT major and courses for the Honors program.

Sarah received her PhD from Washington State University in 2006, her MA in Literature and Culture from Oregon State in 2000, and her BA in Interdisciplinary Studies in 1997 from Humboldt State University in northern California. During the 2018-19 academic year Sarah was a Fulbright scholar, the Danish Distinguished Chair of American Studies at the Center for American Studies at the University of Southern Denmark. While she was a Fulbright she also presented her work in Norway and Portugal and taught a summer school course for an American studies program in Thessaloniki, Greece.

She has published widely on myriad topics, including her books: Girls on Fire: Transformative Heroines in Young Adult Dystopian Literature (2018); Women and Fitness in American Culture (2014); and Pictures of Girlhood: Modern Female Adolescence on Film (2006). Sarah also co-edited a collection of essays: Teaching Girls on Fire: Essays on Dystopian Young Adult Literature in the Classroom and many of her other publications also highlight the pedagogy of teaching American studies and women’s and gender studies.

Sarah maintains a blog and website and teaches Community Yoga classes on the Bangor campus (and online via Zoom). She also teaches dance and fitness classes at the Bangor YMCA and via her YouTube channel. She enjoys walking, hiking, camping, and backpacking and loves cats and dogs. 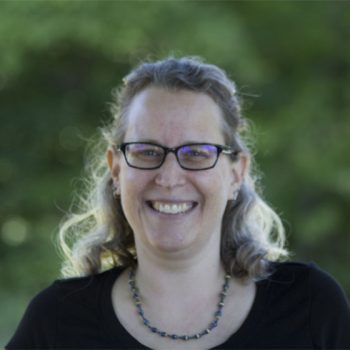