Jeff began his musical studies at age 13 in Mexico City. Throughout his career he has collaborated with a wide number of musicians and has been part of many musical ensembles covering a variety of styles from Classical to Jazz, Folk, Latin and Rock. He has performed throughout Mexico, Canada and New England and has participated in numerous Master Classes around the world.

Jeff’s teaching is particularly focused on ensemble performance, giving students the opportunity to be part of various musical settings including the UMA Modern Folk Ensemble and Bay Chamber Guitar Ensemble. He has taught guitar students of all ages and abilities helping them learn and expand musically through a systematic method covering a broad stylistic range. Currently Jeff teaches Classical Guitar at UMA and Bay Chamber Music School.

Jeff received his BM in 2002 from the CIEM (Center for Investigation and Musical Studies in Mexico City), and holds degrees in Music Education, Music Theory & Guitar Music Performance by the ABRSM (Associated Board of Royal Schools of Music). 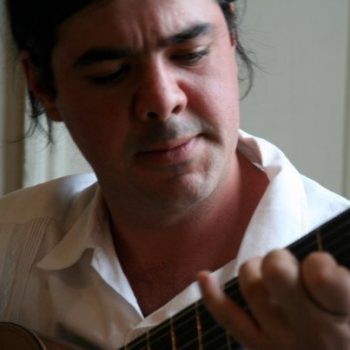