Professor Belleau grew up on Main Street in Orono Maine playing basketball, eating Pat’s pizza, and sneaking into the UMO field house. Later, as a fisherman on a dragger out of Cape Cod, he developed a love of entanglement with the natural world and it’s rhythms. After studying architecture in Boston and London, Professor Belleau returned to work in Maine where he designed, among other projects, the minimalist modern fire station at Bangor International Airport. He opened his own office in Portland in 2001 focusing on simple and sustainable solutions to client briefs.

In 1992 he published the first of many articles on urban design in Maine, “Portland: Back to the Future”, which laid out a blueprint for developing Portland and Maine as a walkable, sustainable place. The theory class he teaches at UMA is focused on providing students with a base knowledge to allow them to pick up a theory book with confidence. In addition Professor Belleau is committed to helping each student create a personal theoretical approach to their work. 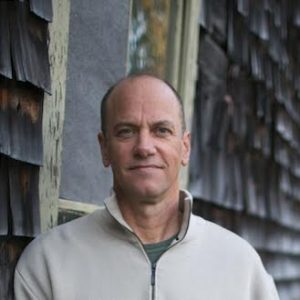