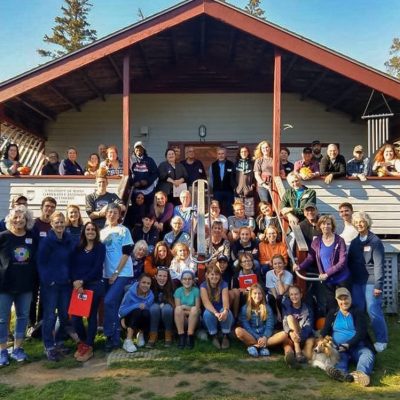 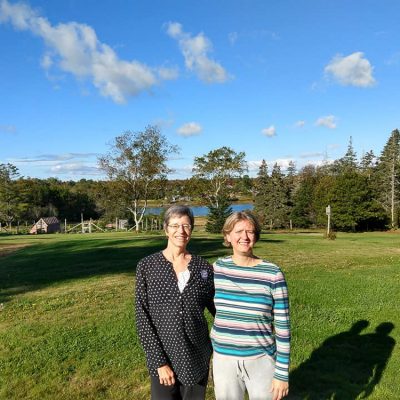 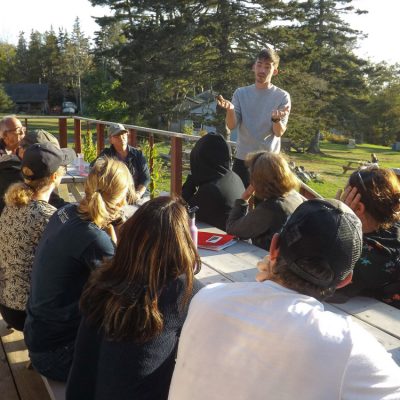 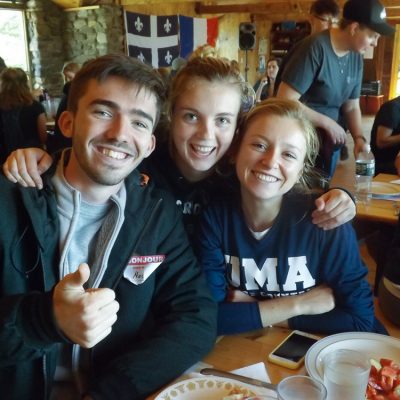 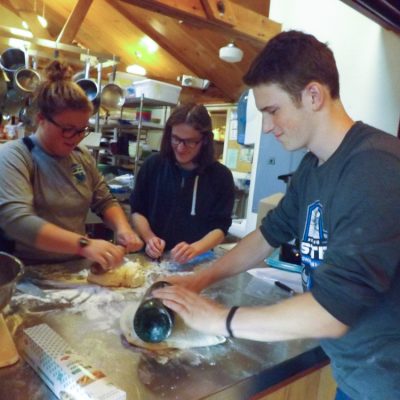 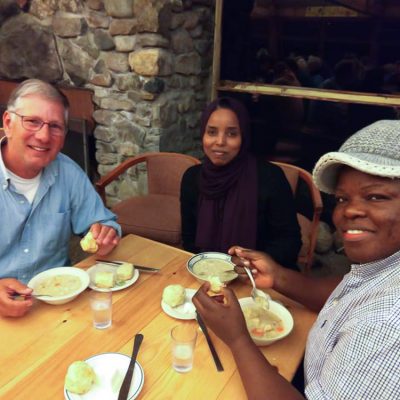 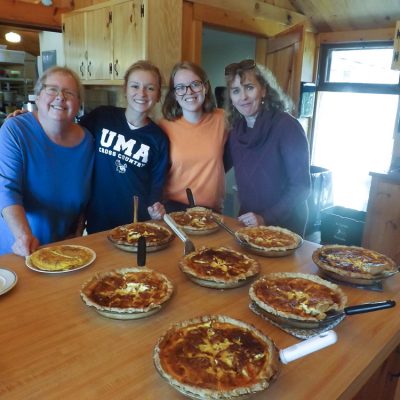 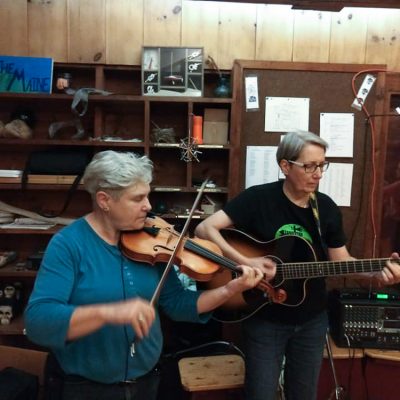 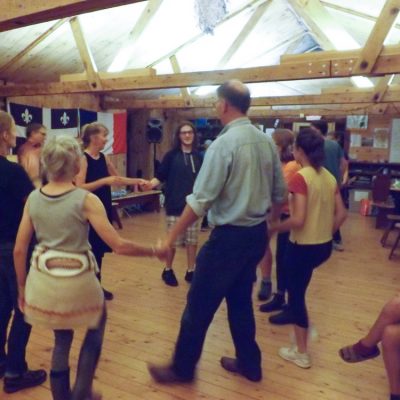 For the first time, University of Maine at Augusta sponsored a full weekend immersion in French language and Francophone culture in late September at the UMaine Cooperative Extension Blueberry Cove Camp site in Tenants Harbor, Maine.

Co-Coordinators of the weekend, UMA Prof. Chelsea Ray and French Instructor Julia Schulz, presided over the planning of the weekend with administrative support from UMA staff. Over sixty people—high school and university students (some attending with their French teachers), French teachers, and adult community members participated, traveling from all over Maine as well as Québec, Massachusetts, New York, and New Jersey.

Participants regarded the weekend as a great success. According to Prof. Ray, “All of the elements were there: very enthusiastic participants with a high level of French; talented and knowledgeable workshop leaders offering lots of choices; wonderful and authentic meals; lovely Maine fall weather; and a tranquil and beautiful coastal site!”

“My absolute favorite part of the weekend was simply being able to connect with other French speakers and the sense of community that was quickly formed over the two days.”

Participant evaluations made it clear that the group greatly appreciated the diversity of ages, French language abilities, and cultural origins represented. When asked what they liked best about the weekend, one replied, “My absolute favorite part of the weekend was simply being able to connect with other French speakers and the sense of community that was quickly formed over the two days. I enjoyed working together in the kitchen and also really enjoyed the dancing.” Another wrote, “It was a great boost to my confidence in my abilities.”

Schulz described the purpose of the weekend: “This is a rare opportunity for students and teachers of French to experience everyday life and ordinary conversation entirely in French, having fun while enjoying familiar or new activities together. Teachers boost their knowledge and learn new classroom strategies, and learners might be trying out their conversational skills for the very first time here, in this supportive environment.”

Scholarship sponsors for the weekend included the University of Maine and the Maine Chapter of the American Association of Teachers of French. A Small Grant from the National AATF helped to support the weekend as well as donations from Borealis Bread, Ducktrap of Maine, and individual farmers and gardeners.

For more information about the weekend immersion program, please visit French at UMA.