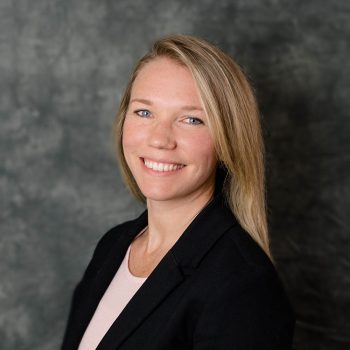 “The Houlton Higher Education Center was pivotal in allowing me to pursue my educational goals close to home, while affording me the ability to start a career at a young age,” Henderson said. “The opportunities I gained personally and professionally from using the Center have been substantial and the facility has proven to be an essential part of our community. I looked forward to the continued success and positive impact the Center has and will continue to have in our community.”

Henderson is a former President of the Insurance Association of Greater Houlton and a current member of the Northeast Society for Human Resource Management (NESHRM).

She resides in Hodgdon with her husband Josh, and their daughter, Kinsley.