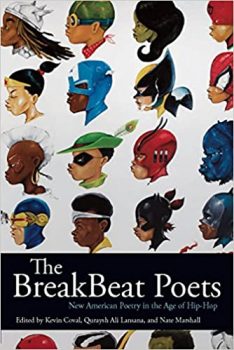 This November, UMA will host five BreakBeat Poets for four engaging events to promote the diverse voices and experiences as well as anti-racist tactics that the worlds of Hip Hop have to offer. Amidst the chaos of the election, the programs seek to inspire hope, connection, love, and the power of Hip-Hop arts and culture. The event title is derived from Idris Goodwin’s powerful poem, “An Invitation from a Tribe Called Tomorrow to Those Broken by Today (2019 Remix),” and reminds us: “our word for tomorrow is dream.”

Hip-Hop is a culture, a movement, and a diverse art form that has given voice and space to marginalized individuals and communities for almost half a century. According to Hip-Hop feminist Gwendolyn Pough, the roots of Hip Hop began with “Young Black and Latin[x] people in the South Bronx” who “created something that is now a worldwide phenomenon out of nothing. They worked with the scraps they were given and developed a rich and vibrant culture and youth movement.” As BreakBeat Poet Kevin Coval notes, “Hip-hop has connected more people on the planet than any other culture in the history of ever.”

Specific program details are provided below and all programs will be held virtually.

“Hip-hop has connected more people on the planet than any other culture in the history of ever.”

If you need a reasonable accommodation to participate in these events, please contact Sarah Hentges by October 28 at sarah.hentges@maine.edu to make necessary arrangements.

This interactive workshop with Felicia Rose Chavez will be aimed toward educators who would like to learn anti-racism approaches in their classrooms. Chavez will read excerpts from her new book and then dialogue with participants about anti-racist writing workshop pedagogy.

Aimed toward college and high school writers (and wannabes), this workshop with Kevin Coval and Idris Goodwin will provide an opportunity to create new forms of creative writing in the spirit of Hip-Hop poetry.

Diversity and Inclusion in (and Beyond) Hip Hop: A Conversation with the BreakBeat Poets, 5:15-6:15 pm EST

Hip-Hop has its roots in Black and Latinx arts and cultures, but its practitioners and fans are diverse. Join the BreakBeat Poets for a discussion about diversity and inclusion in Hip Hop with Kevin Coval, Idris Goodwin, and Felicia Rose Chavez.

Kevin Coval is a poet and community builder. As the artistic director of Young Chicago Authors, founder of Louder Than A Bomb: The Chicago Youth Poetry Festival, and professor at the University of Illinois-Chicago—where he teaches hip-hop aesthetics—he’s mentored thousands of young writers, artists and musicians.

He is the author and editor of ten books, including The BreakBeat Poets: New American Poetry in the Age of Hip-Hop and Schtick, and co-author of the play, This is Modern Art. His work has appeared in Poetry Magazine, The Drunken Boat, Chicago Tribune, CNN, Fake Shore Drive, Huffington Post, and four seasons of HBO’s Def Poetry Jam. 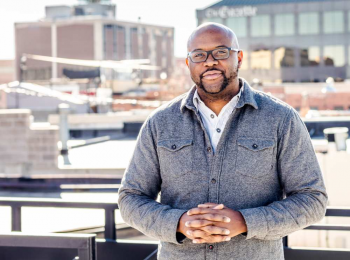 Idris Goodwin is a multidisciplinary arts leader and creative community builder. Across two decades he’s forged a multi-faceted career as an award-winning script writer for stage and screen, Break Beat poet, director, educator, and organizer. He is the new Director of The Colorado Springs Fine Arts Center at Colorado College. The author of Free Plays: open source scripts for an antiracist tomorrow, Goodwin is committed to using the arts to spark meaningful conversation. 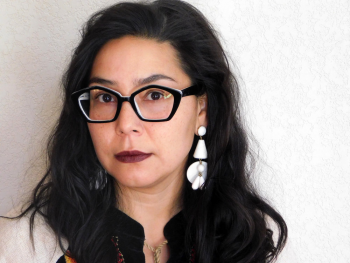 Felicia Rose Chavez is an award-winning educator with an MFA in Creative Nonfiction from the University of Iowa. She is the author of The Anti-Racist Writing Workshop: How to Decolonize the Creative Classroom (Haymarket Books, Fall 2020) and co-editor of The BreakBeat Poets Volume 4: LatiNEXT with Willie Perdomo and Jose Olivarez. Felicia served as Program Director to Young Chicago Authors and founded GirlSpeak, a feminist webzine for high school students. She has taught writing at the University of New Mexico, the University of Iowa, and Colorado College. You can find her creative works in the Kenyon Review, Black Warrior Review, The Normal School, and Brevity, among others, or on her website. 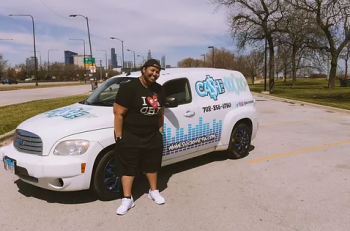 CaSera Heining, best known as DJ Ca$h Era, is an internationally recognized performer and the Official DJ for Young Chicago Authors’ Louder Than A Bomb. Having completed degrees in Radio Broadcasting and Video Production, CaSera is now a Producer at 720AM WGN Radio and continues to DJ on a regular basis all throughout the Chicagoland area and beyond, including at Soldier and Wrigley Fields, as well as at the North Coast, Mamby on The Beach, and Pitchfork music festivals. DJ Ca$h Era has performed as one of the featured DJ’s for the BET Network Premier of Lena Waithe’s new series, Twenties, and has opened for artists such as Taylor Bennett, Jamila Woods, Ghostface Killah, and more. She has also served as the Official DJ for the Northwestern Wildcats Men’s Football and Basketball teams for 3 seasons.

A Peruvian-American of Hispanic lineage, Penelope Alegria is the 2019-2020 Chicago Youth Poet Laureate. She is a three-year member of Young Chicago Authors’ artistic apprenticeship Bomb Squad. Her work has been featured or is forthcoming in La Nueva Semana, Muse/A Journal, and the Breakbeat Poets Vol 4: LatiNEXT. Her poem, “Papa’s Deli Order”, will be animated and showcased in international film festivals as part of ARTS By the People’s “Moving Words” initiative. Meanwhile, she has performed spoken word at the Metro, Pitchfork Music Festival, University of Chicago, and elsewhere. Her chapbook Milagro (Haymarket Books 2020) retraces her parental lineage, and recounts the stories that course through the veins of family. Alegria writes about uncles, Peruvian cuisine and first boyfriends to show how what immigrants choose to leave behind is often what their children carry with them.