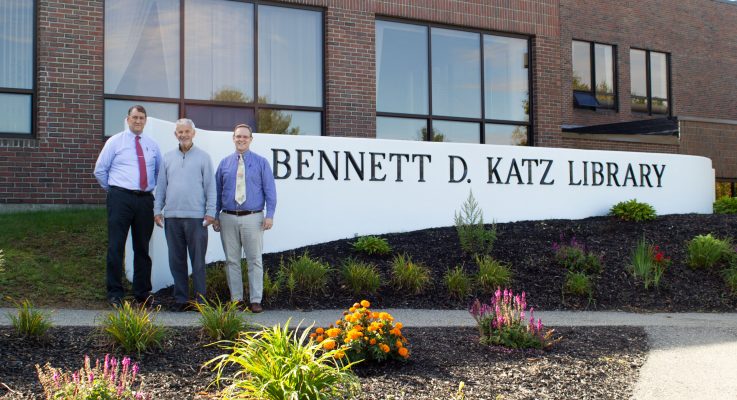 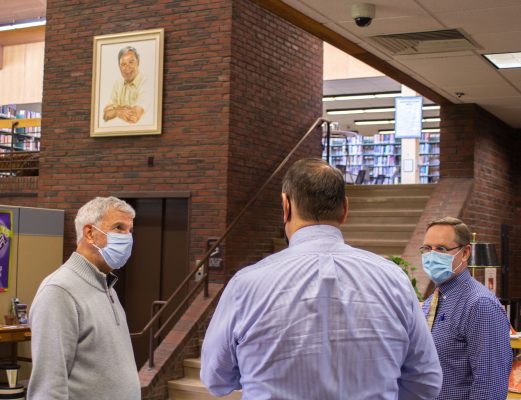 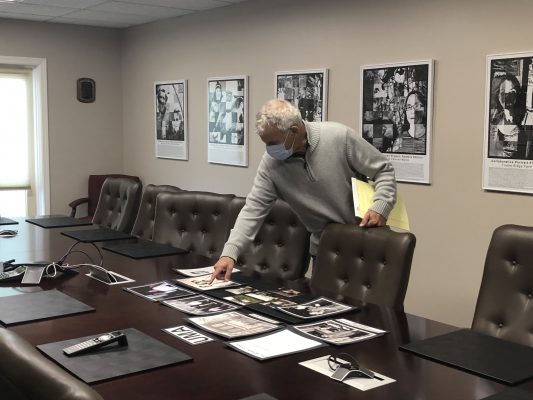 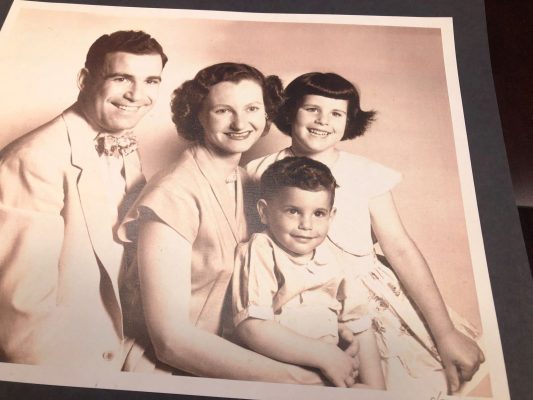 Earlier this fall, Roger Katz, current University of Maine System (UMS) Board of Trustee and former state senator and mayor, visited the University of Maine at Augusta (UMA) at the invitation of UMA’s Interim President Joseph Szakas to see the refurbished lettering outside of the Bennett D. Katz Library, named for Trustee Katz’s father in 1999. The refreshing of the lettering on the building façade is part of several improvements undertaken at Augusta Campus over the past several months.

While on campus, Trustee Katz toured recent updates to the Katz building and Randall Student Center with President Szakas and Jonathan Henry, Vice President of Enrollment Management and Marketing.

The visit also provided an opportunity for Trustee Katz and UMA officials to review archived photos of the Katz family and recall the establishment of UMA and the dedication ceremony for the Bennett D. Katz Library held in 1999.

The original building that houses the library was completed in 1974. A major addition in 1988 included new interactive television studios and the statewide ITV system control center, as well as a new wing of the library. The facility now also includes a state-of-the-art recording studio associated with UMA’s premier jazz and contemporary music program.

The Katz Library collection focuses on the academic programs offered by UMA and has become a very effective tool for study and research for the UMA community. The collection is developed in concert with the UMA faculty. As a result, it represents the research and study needs of students and their academic programs.