The 2023 Plunkett Poetry Festival will be held on April 28th. This year’s Festival theme is Disability Visibility.

Our keynote poet will by Molly McCully Brown. Ms. McCully Brown will also lead a master class in the afternoon. The festival is free and open to all. Event details are in the works – check this page often for details as they are finalized.

Submit your work to our Student Poetry Contest! The contest is for Maine high school students and University of Maine system undergraduate students only.

When you submit, please be sure to follow these guidelines:

Poetry Submission Form First, second, and third place winners will be selected and awarded prizes. In addition, they will be invited to read their work at the Plunkett Poetry Festival.

About the Plunkett Poetry Festival

The Plunkett Maine Poetry Festival, held in April each year, was established in 2002 to honor the memory and accomplishments of Terry Plunkett, an English professor at the University of Maine at Augusta for nearly thirty years. An outstanding teacher and mentor to many students, Terry was also co-editor of Kennebec: A Portfolio of Maine Writing, an annual magazine published by the university from 1977-1992 and distributed free throughout the state. Many Maine writers first saw their work in print in Kennebec, thanks to Terry’s encouragement and guidance.

A poet and fiction writer as well as a teacher and editor, Terry helped organize and direct the Maine Poets Festival, a hugely popular celebration of poets and poetry, which ran from 1976-1983 at UMA, the College of the Atlantic, and the Maine College of Art.

His son, Duff Plunkett, also a poet, was a champion of the arts in general and the Plunkett Festival in particular. He sat on the organizing committee for 17 years, where he brought his signature wit, creativity, and ingenuity to the festival program. In Portland, Duff was a mainstay at readings and a supporter of both developing and celebrated poets. He worked as an international economist, traveling extensively around the globe, especially in Africa. Fluent in at least eight different languages, Duff’s cultural breadth was extensive.

To honor the memory of both Terry and Duff, the festival has been renamed the Plunkett Poetry Festival.

The 20th Annual Plunkett Maine Poetry Festival featured Reginald Dwayne Betts, poet, essayist, and activist as its keynote poet in person at the Fireside Lounge in the Randall Student Center. The participation of Betts, as well as other festival programming, connected the Plunkett Poetry Festival to UMA’s 2021-22 academic theme: Race and Social Justice.

Betts’ most recent work is largely concerned with effects of incarceration, including homelessness, drug abuse, domestic violence, as well as fatherhood and the possibilities of grace and love. As a man who experienced the criminal justice system as a teenager and transformed his life upon his release, Betts does more than write exemplary verse, he has lived a life that speaks to redemption, attending law school and working in public defense and advocacy. 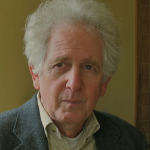 Providing the keynote for the event was Maine’s former poet laureate (2000 – 2006), Baron Wormser. Wormser is the author of nine collections of poetry, as well as two texts on pedagogy, a memoir, and two collections of essays.  He is an avid defender of poetry, peace, and the power of language to make collective change. Wormser will speak on UMA’s academic theme of Outbreak, as well as read some of his work.

While we were saddened to have canceled the 2020 Plunkett Maine Poetry Festival due to the COVID-19 pandemic response, we are pleased to highlight the work of emergent poets from Maine’s high schools and universities. Below are the winning poets from the 18th annual poetry contest. Thank you to all who participated, and congratulations to the winners. Keep writing, all!

Our keynote poet was Martin Espada.

Martin Espada has published almost twenty books as a poet, editor, essayist and translator. His latest collection of poems from Norton is called Vivas to Those Who Have Failed (2016). Other books of poems include The Trouble Ball (2011), The Republic of Poetry (2006), Alabanza (2003), A Mayan Astronomer in Hell’s Kitchen (2000), Imagine the Angels of Bread (1996), City of Coughing and Dead Radiators (1993) and Rebellion is the Circle of a Lover’s Hands (1990).

His many honors include the 2018 Ruth Lilly Poetry Prize, the Shelley Memorial Award, the Robert Creeley Award, the National Hispanic Cultural Center Literary Award, an American Book Award, the PEN/Revson Fellowship and a Guggenheim Fellowship. The Republic of Poetry was a finalist for the Pulitzer Prize. The title poem of his collection Alabanza, about 9/11, has been widely anthologized and performed. His book of essays, Zapata’s Disciple (1998), was banned in Tucson as part of the Mexican-American Studies Program outlawed by the state of Arizona, and has been issued in a new edition by Northwestern University Press. A former tenant lawyer in Greater Boston’s Latino community, Espada is a professor of English at the University of Massachusetts-Amherst.

Our keynote poet was Sharon Olds.

Ms. Olds’ indelible mark on American poetry began in the 1970s, and she continues to impress readers and audiences. Considered to be on of America’s greatest living poets, Olds has spent decades writing her truth: about love and sex, childbirth and death, social consciousness and the limits of self-knowledge. Winner of the 2016 Academy of American Poets’ Wallace Stevens Award, she was praised as an “American Mater, and a national treasure.”

On April 21st, 2017 poet Naomi Shihab Nye was our keynote poet for our 15th annual Plunket Maine Poetry Festival. An internationally renowned writer, Naomi has over thirty publications that blend her life experiences and heritage as a Palestinian American, in poetry, fiction, and children’s literature. Poet Ibtisam Barakat has written, “Naomi’s incandescent humanity and voice can change the world, or someone’s world.”

Naomi Shihab Nye describes herself as a “wandering poet.” She has spent 40 years traveling the country and the world to lead writing workshops and inspiring students of all ages. Her experiences traveling in Asia, Europe, Canada, Mexico, and the Middle East, inform her work and her life, and she uses her writing to attest to our shared humanity.

The Plunkett Maine Poetry Festival hosted Richard Blanco, on Saturday, April 9, 2016, at UMA. Blanco rose to fame after his inaugural poem for President Obama, “One Today,” went viral. He has since published two volumes of poetry and a memoir, The Prince of Los Cocuyos. As a Cuban-American, Blanco has become a spokesperson for immigration, as well as LGBT rights. Blanco read from his poetry and shared family photos to accompany his verse.