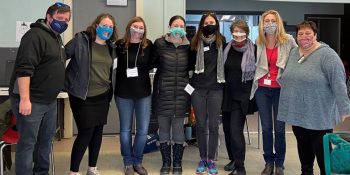 For Alex Ozols, a student at Colby College, and the other student volunteers at CA$H tax sites around the state, volunteering with CA$H Maine this year provided both a sense of accomplishment and satisfaction. Students from six schools came together virtually this year to provide free tax preparation and share money management resources with Mainers statewide. CA$H Maine worked with partner programs at colleges across Maine to recruit the students’ support. University of Maine at Augusta (UMA), University of Southern Maine (USM), Colby College, Bates College, Central Maine Community College (CMCC) and University of Maine Farmington (UMF) all participated in this year’s effort to provide free tax preparation to community members.

Students at UMA found CA$H Maine through the Accounting Program and Professors Thomas Giordano and Gary Page. Jessica Parks and Leah Kovitch, both students in the accounting program, are interested in going into the accounting profession after graduation. Jessica reflects that her favorite part about volunteering was “getting to meet others who had worked in the accounting field and getting to ask them questions.” Through her volunteer work, Jessica was able to do an informational interview with a volunteer working in her field and practice her accounting skills.

Professor Giordano shares that for UMA Accounting students, “It has been a great opportunity for students to actually prepare tax returns while engaging with real tax data.” Giordano also says that “volunteering is an important aspect of being a responsible accounting professional.” 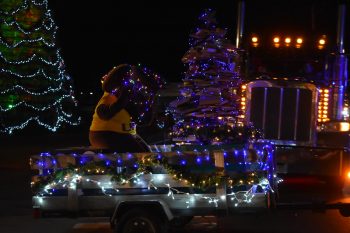 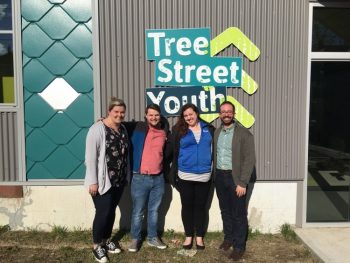 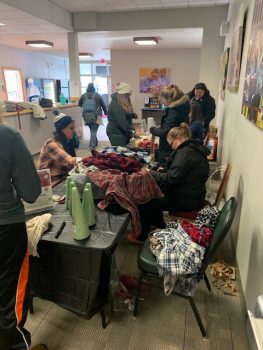 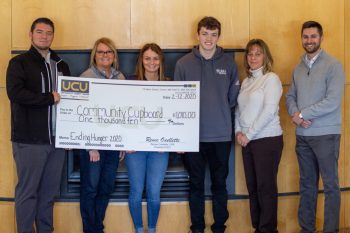 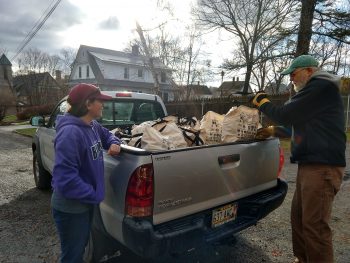 University Credit Union (UCU) presented checks to the University of Maine at Augusta (UMA) totaling $1,710.00 for the student-run food pantries on UMA’s Augusta and Bangor campuses.

The Augusta Campus check of $1,010.00 was presented to UMA’s Student Government Association officers Salvatore Cardinale, Bethanie Lovely, and Cole Winslow for its student-run campus food pantry, the Community Cupboard. A check in the amount of $700.00 was presented to Alissa Gervais, UMA Coordinator of Student Life and Alex Smith, UMA Pantry Student Worker for the student-run Bangor Campus Food for Thought pantry.

This marked the third year of UCU’s Ending Hunger on Campus in Maine campaign “to bring attention to student food insecurity in Maine and to recognize student food pantries for tackling the problem head-on.” From November to December 2019, community members were encouraged to donate online through UCU’s website, or by stopping by or mailing a check to any UCU branch. Donors could choose to specify a campus food pantry and non-designated contributions were distributed among the eight pantries. 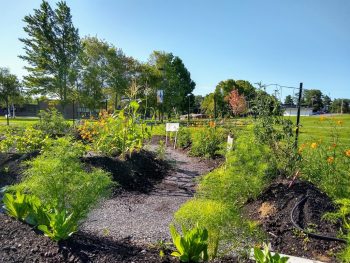